The title alone says it all, right?

What pastor’s wife hasn’t ached under the weight of that infamous monkey on her back? You know, the not so subtle warning to watch yourself, honey, and trust no one! By all means be on-guard because everyone, absolutely everyone, analyzes, scrutinizes and arm-chair quarterbacks absolutely everything pastors’ wives say, do and are.
Despite the warnings, I started out clueless-crazy. I thought I could actually have trusting open friendships within the church. I even assumed no one would purposely hurt me or anyone else for that matter. Sheesh! What was I thinking?!! I mean, I was a pastor’s daughter, I should have known better!!! It wasn’t long before the walls came crashing down and I was hit with a crash course in reality. I was fairly resilient at first, but even after coming to terms and letting go of wrongs, the hurt fall-out clung on tight. Little by little, that hurt gave way to cynicism. It began as a coping device but grew into a chokehold.

It took years of hard knocks to break free from that hold, but I no longer feel cynical. I just feel sorta worn; kinda spent. Choking down hard swallows of reality has a tendency to wear on the soul. Yet reality can’t be avoided. The simple truth is, most parishioners will not give me the benefit of the doubt. They will judge me without concern for my feelings or acknowledging my needs. That’s flat out reality.

Oh, but dealing with harshness is easier said than done, especially for someone like me. Someone who would never treat anyone that way.

Hmm…. Or would I??? I mean it’s so easy, so natural to fight criticism with criticism; armchair with armchair. 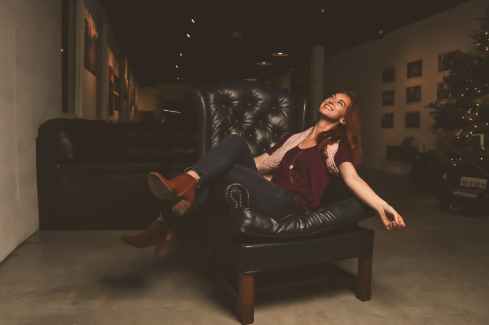 Deep down I know that stooping, no matter how temptingly soothing or justified, is never the answer. It’s wrong. In fact, it only intensifies the wound.
Yet, I can’t deny or stuff down the pain. I can’t ignore the hurt.

But I can take it to the only One who really sees and really knows and really cares. He stands with arms wide open, healing flowing free from His love pierced hands. His embrace is the secret place where hurt is hushed. When I seek shelter in Him, I no longer need to waste energy defending myself with judgementalism. Instead, I can spend my efforts guarding myself from judgementalism.

Perhaps I can even ask some humbling questions of my own.

When I find out they read a text and made assumptions without asking for clarification, do I give them the benefit of the doubt? When I see an eye-popping subject line on an unopened email, am I quick to assume the worst? When there are offers or suggestions or questions raised, am I prone to see through an accusatory, motive-suspecting lens?
Do I really love these people? Do I acknowledge their needs; consider how their hurt-filled pasts have affected them?

Or have I become so jaded I raise my eyebrows before I raise my hands in prayer?